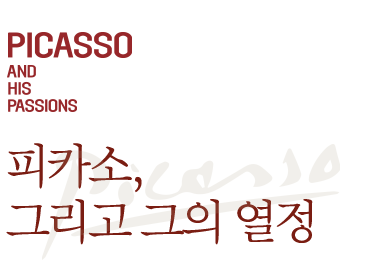 Synonymous with “genius painter,”
A name that has become a noun in its own right:
Pablo Picasso​

The exhibition Picasso and His Passions, featuring the work of a father of modern art whose amazing energy and innovative techniques forged new trends in the field, is taking place at F1963.

The rarely-seen drawings and pottery works in Picasso and His Passions will offer visitors an opportunity to observe Picasso’s life and work more closely.

Around 370 pieces will be shown at the exhibition, including copperplate and lithography illustrations, oil paintings, pottery works, and videos.

The most provocative and creative of artists, a genius who transcended his times, the greatest artist of the 20th century – these are some of the labels that come to refer to Pablo Picasso, someone who constantly challenged himself and experimented with different forms throughout his lifetime and vast body of work.

Pablo Picasso is considered the preeminent Cubist painter and a master among masters, regarded by many as the greatest painter of his century.

In particular, Picasso utterly transformed the traditional practices of art, where art was viewed and judged according to the standard of how beautifully subjects were rendered or how realistically they were depicted.

Today, Picasso is revered as the father of modern art for the new trends he forged in the field.

Modern art could fairly be said to have started with Picasso.

Picasso and His Passion