The Busan International Comedy Festival (BICF), the first and biggest annual comedy event in Asia, celebrates its 5th event in 2017 with a longer program that showcases great variety.

The BICF features a wide range of performances joined by the Korea's biggest comedy stars.
The festival also provides a place for all visitors to join in laughter and enjoy the finest comedy shows free of charge at the Comedy Open Concert.

The BICF Open Concert is a free comedy show, presenting the best performers in Korea and abroad.

We hope this open concert provides easy access to a wide variety of acts. 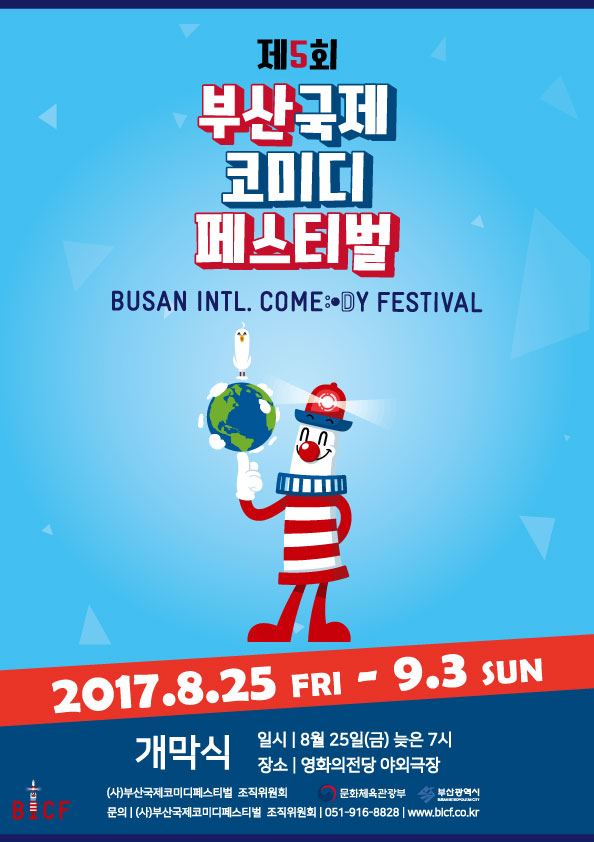