This exhibition <Busan Returns> is a homage to Busan that seeks to explore Busan’s open and mixed cultural features through five themes that represent the city which are: <Sea, Alleyway, Film, Song and Baseball>. Natural environment of Busan (Sea), Images of Busan that can be both stage and film material (Film), Sentiment of life in Busan that were expressed in painting, literature and music (Song), City of baseball, cheering culture of Busan and public passion (Baseball), Busan’s landscapes of the hillside roads and winding small roads (Alleyway). These themes are shown through various art genres. This exhibition explores how various converging genres such as painting, music, photography, architecture and film can associate with the memory and culture of the city of Busan.

Busan is surrounded by a coastline that extends about 250km from Gijang County to Gadeokdo Island and includes more than 40 desert islands. Busan's ocean which has a dynamic energy to transform itself into something different each seasons, still retains its strength and beauty despite the ongoing development and industrialization.

[Film]
Considering the number of times being selected as a shooting location as well as its unique sentiment, Busan has been the most loved spot for Korean films.  Busan is the city that also has enriched limitless film-related imaginations and is a place that has always been connected with films.

[Song]
Songs of Busan contain the sentiments of life. Busan sings as a painting presented on the canvas, as a regular magazine with writings and images, and as various experimental music.

[Baseball]
In Busan, baseball is not simply a sport and a seagull is not just a sea bird. The moment the hitter hits the ball, the passion of Busan's people explodes out through their enthusiastic shouts.

[Alley]
Alleyways that connect houses in the steep mountain slopes of Busan contain the stories of people’s days and lives as they pass by every day. Alleyways are the origin of Busan's roads that come winding down from the hills and connect with the bigger roads which then meet the river before finally going to the ocean.
​ 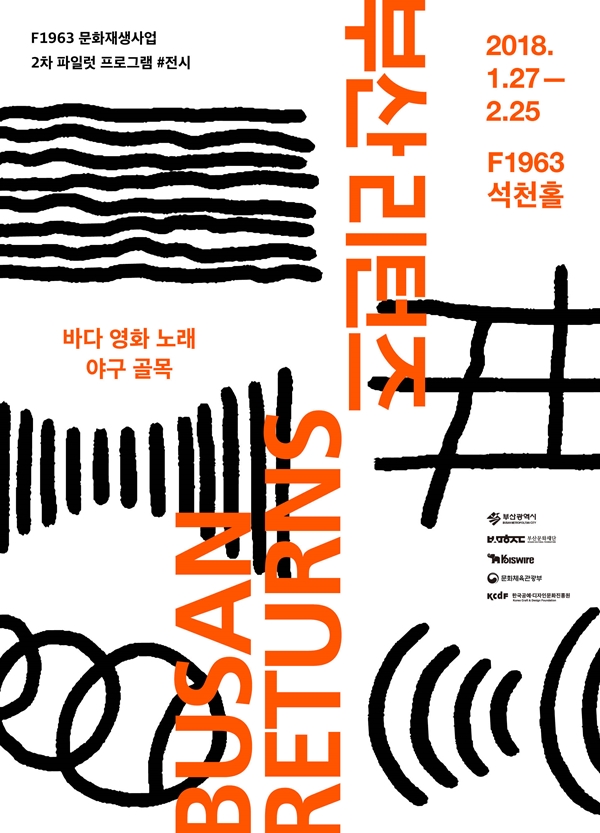