F1963 Music Festival will be hosted in Sukcheon Hall in for sessions during 2019.

The event will bring chamber music, which is not common in Korea, to audiences in Sukcheon Hall, a performance space featuring restoration architecture.

The musical director Gum Nanse will provide witty commentary along with beautiful music.

The event will feature domestically and internationally popular soloists and ensembles to provide high-quality performances.

A forceful and dynamic conductor whose love and understanding for music has made GUM NANSE one of the most respected in his field. In 1977, GUM was one of the prize winners at the prestigious ‘Herbert von Karajan Conductor's Competition and was the first Korean to be given an opportunity to conduct Berlin Philharmonic Orchestra. Since returning home in 1980, he was appointed as the conductor of KBS Symphony Orchestra for 12 years. During the past few years, GUM has been active as a festival director. The 'Music Isle Festival in Jeju’ (since 2005) and the 'Manhattan Chamber Music Festival’ (since 2012) have successfully testified how he could inspire people with the magic of chamber music. In addition, the 'Music Isle Festival in Jeju’ joined the European Festivals Association(EFA) in 2010. For years, GUM has been devoting himself to discover many gifted young musicians and he considers this as one of his most important roles. For example, Sarah Chang and Hanna Chang are some of the famous musicians that GUM recognized from very early on. GUM regularly conducts Korea United College Orchestra(KUCO) which consists of non-music major students from 25 universities nationwide. He also conducts Korean Youth Dream Orchestra(KYDO) which consists of young, music-loving adolescents from 25 small provincial towns once a year. Currently, GUM is Principal at the prestigious Seoul Yego Arts High School and he is the Artistic Director of Seongnam Philharmonic Orchestra since 2015. He was also appointed as the Principal Guest Conductor of Slovak Radio Symphony Orchestra in September 2015.
​

Over the years, some of the most distinguished and world renowned soloists who have performed with New World Philharmonic include Boris Berezovsky (2009), Jesse Norman (2009) and most recently Jonas Kaufman (2015). Residing at Chungmu Arts Center, New World Philharmonic has been developing unique projects and various concert series in collaboration with artists, companies and art centers.
​ 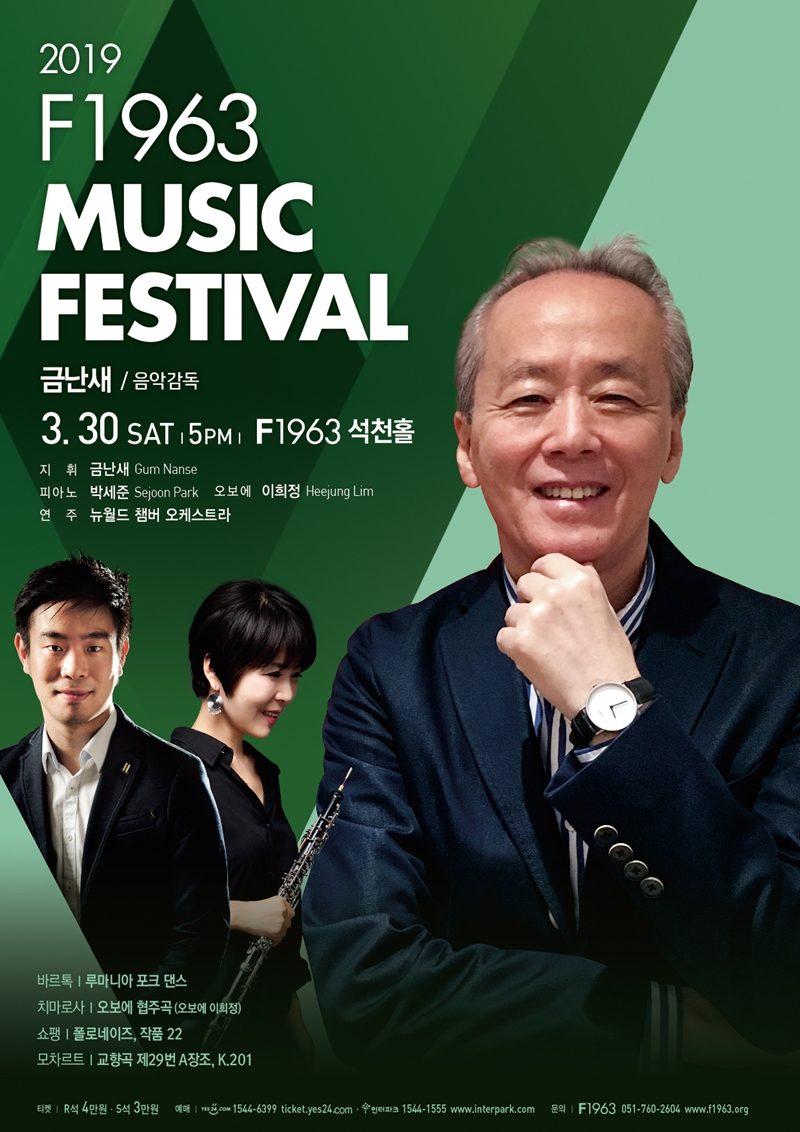